Cristiano Mangovo Brás was born in 1982 in Cabinda - Angola. As minor refugee in the DRC, he received his undergraduate degree in painting at the Faculty of Fine Arts in Kinshasa. After a training of few months in the studio of the artist Narciso Nsimambote, he worked with master António Ana Etona and Lázaro Patrício Mawete, and then participated in several Workshops on urban scenery and performance.

His work is multifaceted, ranging from portraiture to impressionism and surrealism, through installation, in which he experiments with new techniques and different materials. In any of these currents or trends, it already has its own distinctive trait that distinguishes its style in the context of contemporary Angolan painting.

In parallel, Cristiano Mangovo embraces contemporary sculpture for the passion and desire to give a second life to products that would be discarded for garbage, in order to contribute to environmental preservation. He also complements his artistic creation with the performance aspect, through which he incarnates different characters and interacts with his exposed works, in a paternal creative-creation relationship, as if thus giving them the opportunity to gain a momentary life and leave the canvas to express themeselves for brief moments through his body.

In his promising career, his individual exhibition in 2013 at the Art and Culture Foundation in Luanda, which was the invitation of BAI Bank, to exhibit at BAI Arte that same year. In 2014, he won the MIRELLA ANTOGNOLI ARGELÁ award from the Italian Embassy and the ENSA ARTE Alliance Française prize. He has several collective and individual exhibitions at national and international level (Portugal, France, Italy, South Africa, R.D.Congo, United States of America).

In 2015, Cristiano Mangovo exhibits his sculptures at the Angola Pavilion of Expo Milan, during the months of July and August, within the "Seeds of Memory" exhibition. During this period, he went to Paris, where he worked at the Cité Internationale des Arts, within the framework of the artistic residency that was the ENSA ART Award - Alliance Française 2014. The Cité Internationale des Arts gave him the inspiration for the "Guiadores" Collection, Which was exhibited at the Dr. Agostinho Neto Memorial in Luanda from October 8 to 25. He obtained the support of PRO-HELVETIA, SUISSE ARTS COUNCIL, the Swiss Foundation for Culture to perform an installation and performance in Cape Town, South Africa between March and April 2016.

The idea of ​​the "guiadores" comes with the sculpture that earned him the honorable mention in sculpture in the ENSA Art Prize: a human figure in real size, made of metal spoons, whose head is a motorbike handle, with the headlight on. Transposed to surrealist painting, the leaders take the form of religious leaders (the Pope and the Dalai Lama), politicians (François Hollande) or simply anonymous human figures, in the position of command of their destiny. With the motorcycle handwheels in place of the head, the drivers are leaders who command their destiny and illuminate their path and that of their followers, using the motorcycle as a technological means of our time to escape traffic, to arrive faster and innovate by Alternative way. And in this sense it ends up asking a question of what direction the human being should be guided? 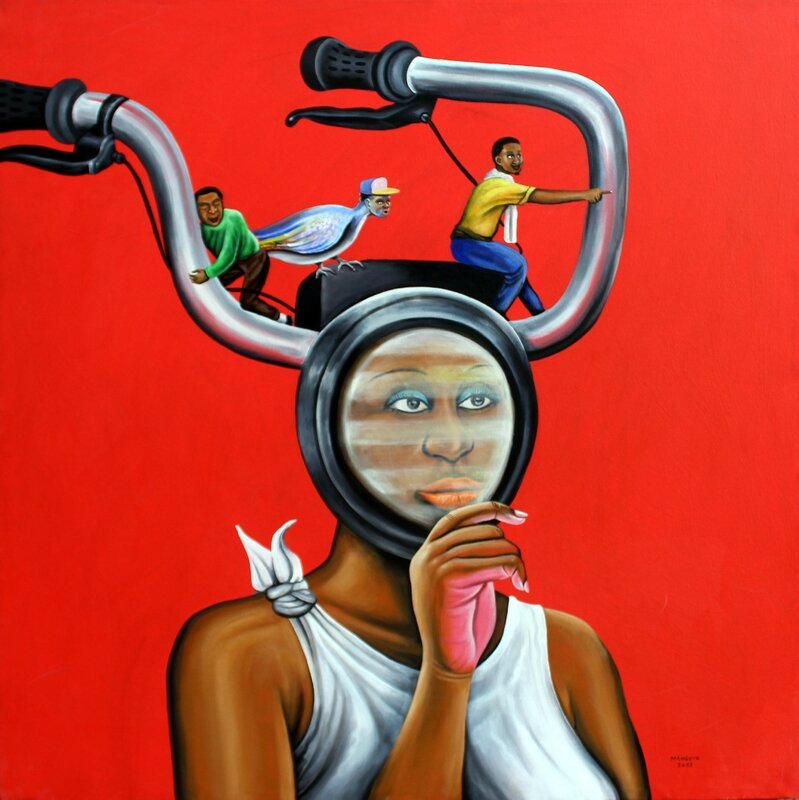 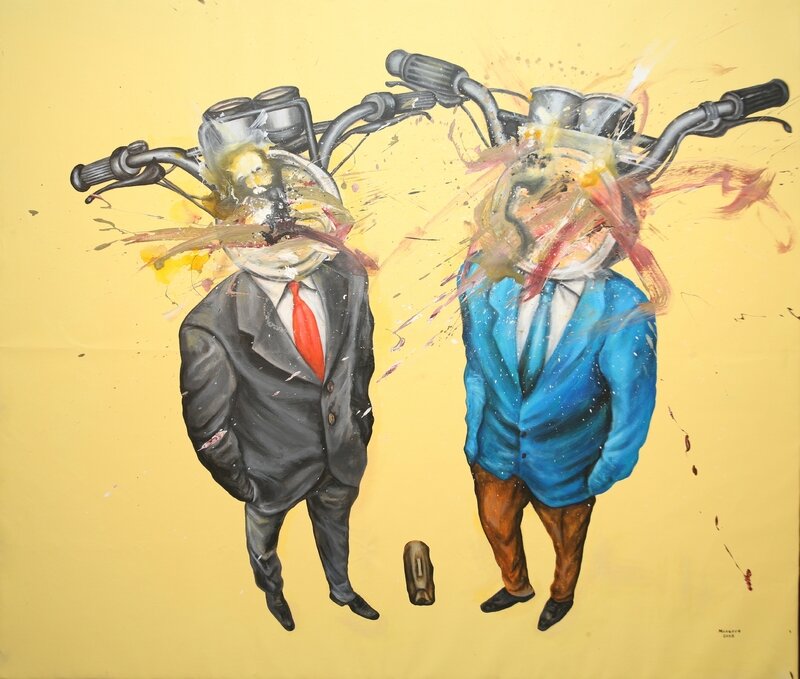